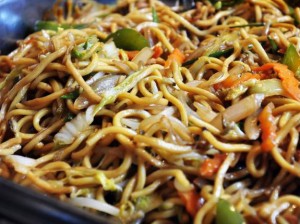 Ask just about anyone about MSG and they’ll wrinkle their noses and shake their heads. Monosodium Glutamate is one of those substances that everyone assumes is bad, otherwise why would everyone insist on no MSG. But they might have a difficult time determining why they should be against the food flavor additive. Lately chefs and the medical establishment have been speaking out about the value of MSG. Changing minds may be hard to do though.

Turns out the hysteria against MSG is largely based on xenophobia.

Our favorite political number cruncher and prognosticator Fivethirtyeight.com, came up with this explanation for MSG fear years after the myths about it were debunked:

That MSG causes health problems may have thrived on racially charged biases from the outset. Ian Mosby, a food historian, wrote in a 2009 paper titled “‘That Won-Ton Soup Headache’: The Chinese Restaurant Syndrome, MSG and the Making of American Food, 1968-1980” that fear of MSG in Chinese food is part of the U.S.’s long history of viewing the “exotic” cuisine of Asia as dangerous or dirty. As Sand put it: “It was the misfortune of Chinese cooks to be caught with the white powder by their stoves when the once-praised flavor enhancer suddenly became a chemical additive.”

So, time to finally give MSG a break. Then maybe we can start on GMOs.