Yes, we still have a big race problem 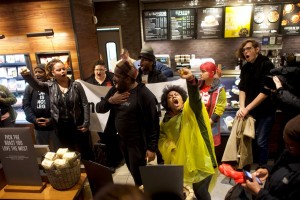 Let’s review some recent racial bias incidents in the U.S., ranging from the outrageous to the ridiculous. There were incidents where cops were called on black men in Starbucks, on black people having a barbecue in Oakland and on a girl selling water in San Francisco. Earlier this month, three black Airbnb guests in Southern California were detained after a white neighbor called the police.

Moving on to the outrageous, there was the fatal shooting of an unarmed black man in a parking lot in Florida. Yes, there was a dispute over a parking space that turned aggressive. But guess what, the man who shot Markeis McGlockton Sr. won’t be facing charges. Due to Florida’s controversial “stand your ground” law, cops can’t even arrest the shooter.

You may be familiar with Florida’s stand your ground law. It means anyone can shoot anyone else if they feel they’re physically threatened, without facing charges. But as we’ve seen with many officer involved shootings of unarmed black men, what constitutes feeling threatened too often stems from the race of the “perpetrator.”

Several psychological studies in the past decade have showed extreme racial bias toward, and abject fear of, black men. More than one study showed that participants were more likely to shoot targets depicting black people than those depicting white people. That’s a bigger problem in states like Florida and others with lax gun laws.

Pluralities of Americans said race relations in the United States are getting worse (45 percent) and think that too little attention is paid to race and racial issues (41 percent).
Overall, a 30 percent plurality think race is the biggest source of division in America today, up from 26 percent in February. Racial tensions can be tied to large national events, but the poll also finds stark differences by race focused on everyday experiences.
Four in 10 African-Americans say they have been treated unfairly in a store or restaurant because of their race in the last month, compared to a quarter of Hispanics and only 7 percent of whites….
The poll also found that Americans are split on how often they personally engage in discussions about race with family and friends. A bare majority of Americans (51 percent) say they often or sometimes talk with their friends and family about race relations, while 47 percent say they rarely or never have these types of discussions with friends and family.

I think that last point is significant. If there is a way out of our seemingly intractable race problem, it’s more and better dialogue about race.